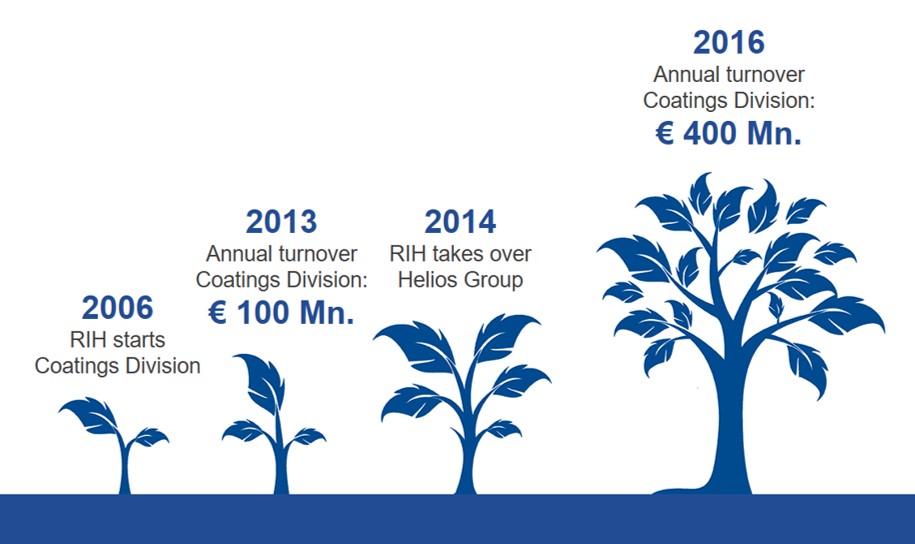 The deal was closed in March 2017 and represents one of the largest transactions in Austria last year. This milestone creates a new development platform for all companies of the Helios Group. The group becomes Kansai Paint’s (one of the 10 largest coatings producers worldwide) European headquarter for research, innovation and corporate development.

This success story was made possible by the sustainable restructuring during the RIH  leadership. In 2014, RIH significantly expanded its existing portfolio of coatings companies by acquiring the Slovenian Helios for EUR 145 million. By combining Helios with RIH’s existing coatings companies, RIH’s coatings division, which was established in 2006 with the takeover of Rembrandtin, grew from EUR 100 million to EUR 450 million and became Europe’s ninth largest coatings producer. Due to RIH’s long-term strategy, which has been designed for sustainable value creation, the financial situation of the unit has improved substantially since then, which made the successful implementation of the deal with Kansai Paint possible in the first place.

Signing of the purchase agreement