2015: RIH is the fastest growing company in Austria

According to trend Top 500, Ring International Holding AG is holding the number one position of the Austrian companies with the strongest increase in turnover in 2014.

During less than 15 years since its establishment, Ring International Holding AG has grown more rapidly than most other Austrian groups – from 2 million when it started to 500 million after the acquisition of Helios in 2014. According to the Austrian economic journal “trend Top 500”, “Ring International, an office supplies and coatings producer, has earned its top rank via the takeover of the Slovene coatings giant Helios.” RIH can, thus, be counted to the Top 50 industry companies in Austria. 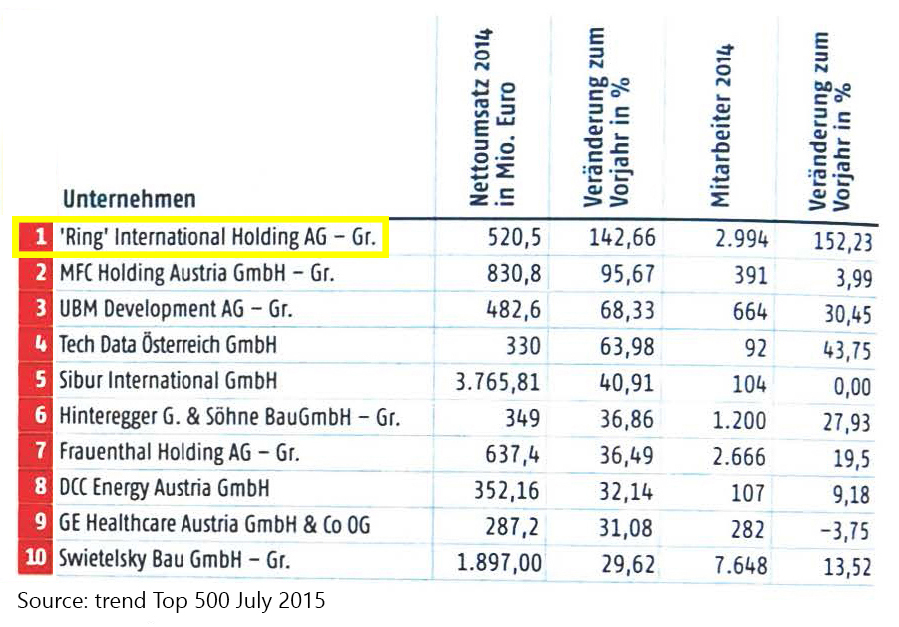 Increase of turnover compared to the year before 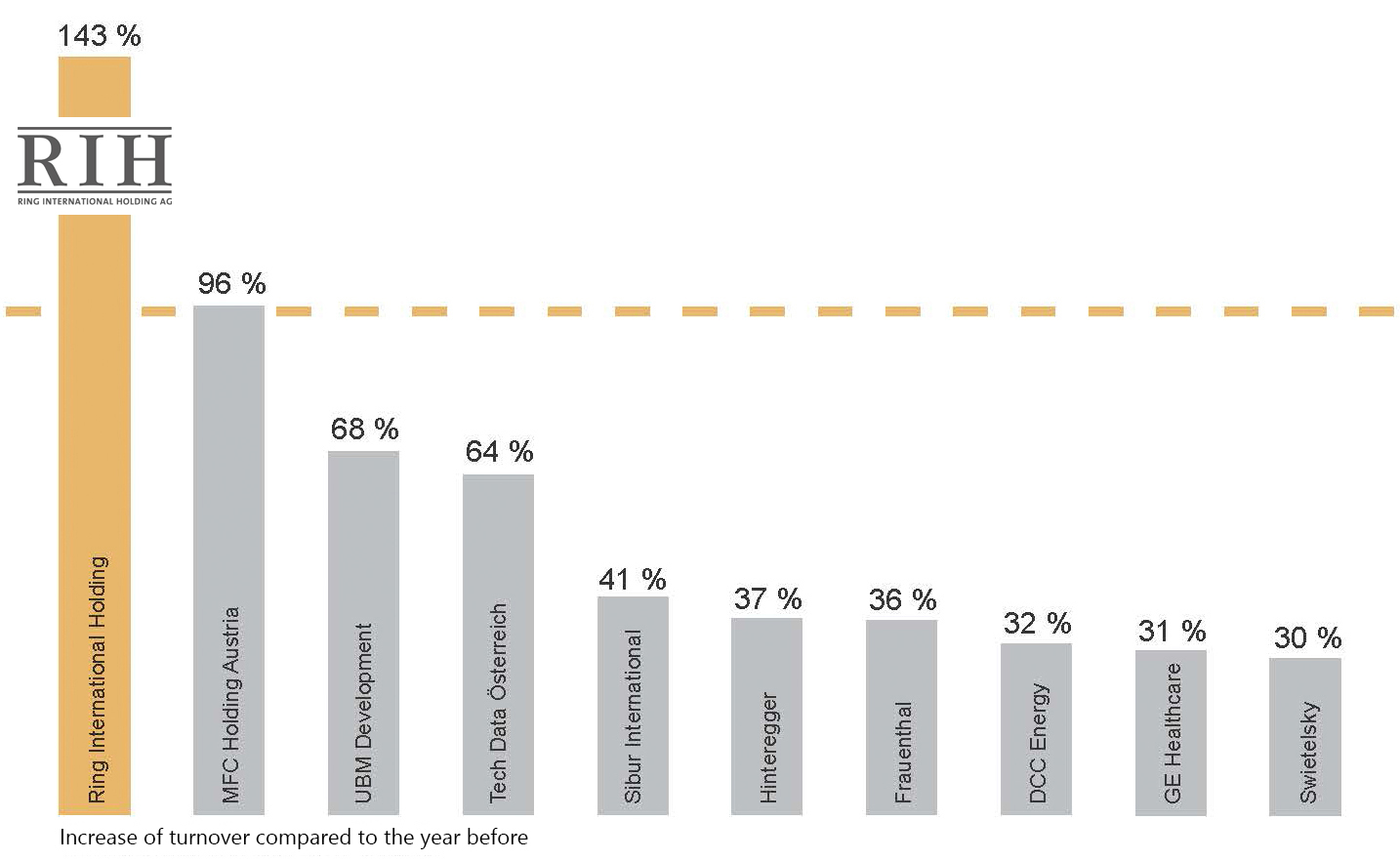